Bartlett maker of vinyl records plans expansion, including into Memphis 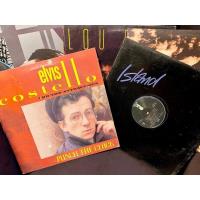 The resurgence in the popularity of vinyl records may mean another 111 net new jobs and a $7.5 million capital investment in Shelby County.

Memphis Record Pressing LLC seeks a public incentive, in the form of reduced property taxes, in return for expanding its Bartlett-based business to Memphis with a much larger warehouse operation.

The EDGE Board is to consider the Fast Track PILOT (payment in lieu of taxes) request when it meets at 3 p.m. Wednesday, Aug. 18.

The firm’s net 111 new jobs would pay $36,128 on average in moving its logistics operation from near its manufacturing plant in Bartlett to 7625 Appling Center Drive. That’s in Memphis, just south of Bartlett.

There, Memphis Record Pressing would occupy nearly 108,000 square feet of a 195,622-square-foot warehouse.

The company plans to spend $7.5 million on renovations and $5.5 million on equipment, the application states.

The city and county property tax reductions would save Memphis Record Pressing $1,214,891 total over the 10-year length of the PILOT, but the company would generate $4.9 million more in local tax revenue than it would if the expansion project did not occur, according to the staff of the Economic Development Growth Engine for Memphis & Shelby County.

According to the application Memphis Record Pressing LLC formed as collaboration between Brandon Seavers and Mark Yoshida of Audiographic Masterworks with Matthew Johnson and Bruce Watson of Fat Possum Records.

The companies “teamed up to fill a much-needed gap in the resurging world of vinyl manufacturing,” the document states. “After acquiring a defunct pressing plant in New Jersey, MRP (Memphis Record Pressing) worked to build out the complicated infrastructure required to power vinyl production, while also sourcing the nation in search of those with the knowledge to bring the aged machines back to life.

“The needle finally dropped in 2015 when MRP launched its manufacturing operation in Bartlett. … In June 2016, MRP joined forces with GZ Media from the Czech Republic, the world’s largest manufacturer of vinyl records.” GZ Media became the majority owner of Memphis Pressing Records.

“This industry partnership, combined with increased global attention on the vinyl resurgence and the appetite of major record labels to capitalize on vinyl’s new-found glory, have fueled MRP’s growth into a global leader in vinyl LP production,” the application states.

The company serves customers in North America and around the world.

The company now has no operations within the City of Memphis. All its manufacturing, logistics and offices are in Bartlett. The pressing plant is housed in 10,000 square feet at 3015 Brother. The warehouse is nearby in 35,000 square feet.

“In conjunction with the Project in Memphis, MRP would potentially retain and expand its manufacturing and headquarters operations in the City of Bartlett,” the application states.

The company could move and expand elsewhere, including North Mississippi, Fayette County or Nashville, the application states. GZ Media could decide to “locate capacity” in a different country, the document states.

The Bartlett manufacturing operation, which is not part of the project considered for an EDGE tax incentive, could grow from 54 employees to 205. And the company’s Bartlett headquarters could grow from 18 to 39 employees.

If it moves to Memphis, the logistics operation would grow from 65 employees to 176, the document states.