Evanoff: Training new generation for $60,000 jobs starts with knowing what to teach 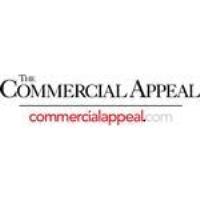 From politicians and activists, to educators and economic development professionals, Memphians are tuned into the skills shortage like never before. Ideas are bubbling up. Even though tens of thousands of residents are hungry for high wages, solutions are at least a year away from gaining traction. Looking for a way around the skills shortage, the medical device industry hit on its own solution.

“We have a beauty, a gem of an industrial complex, but we don’t have enough workers,” said Roy Smith, president of the Greater Memphis Medical Device Council, a manufacturer’s group formed in 2014 in Bartlett, a Memphis suburb. “We think this is the way to go.”

Device makers clustered around Bartlett aim to steer high school students into vocational training, which is set up to lead directly into industrial careers paying $60,000 within a few years of starting the job.

The Bartlett plan could be used throughout the metro area, even in the prisons, though it takes time to set up. Engineers and educators are not good at clearly communicating with each other. The device council found a way to bridge the divide.

"What we need are people who can make the products,” said Rodney Williams, manufacturing director at MicroPort. “This is the step in the right direction.”

What has held back the device industry, oddly enough, also has held back many of the 27,000 enterprises open for business in nine-county metropolitan Memphis. Though they are schooled, many young adults as a rule are untrained.

Living in Memphis and Shelby County are about 88,000 men and women age 18 to 24. Nearly 88 percent have graduated high school, up from 75 percent a decade ago for this age group. Pay remains modest.

Wages rose 6 percent in a decade for this age range, to about $26,000, while inflation climbed 9 percent over those years. Meager wage gains reflect skill levels. In Memphis, for example, Shelby County Schools will award about 8,000 diplomas this spring, but work skills for many grads are modest to nil.

“A high school diploma or GED may not translate into the skills set a company needs,” said Ernest Strickland, senior vice president for workforce development at the Greater Memphis Chamber.

With the U.S. jobless rate at 3.8 percent, companies in most cities are searching for able workers. But Memphis shows a distinct difference. By one common yardstick of economic heft, this region is barely growing.

In metro Memphis, output by every enterprise was valued at $62 billion in 2017, less than the $65 billion in 2007, the year before the deep 2008 recession set in. By comparison, all U.S. metro areas’ output has grown 13 percent in a decade, calculates the U.S. Bureau of Economic Analysis’ inflation-adjusted measure of gross domestic product.

Training the untrained for middle-class jobs might sound an obvious solution to the slow economy and the skills shortage.

GMAC set out to ensure 30,000 people were trained for high-tech industrial jobs within a decade. Five years later, the skills shortage persists. While the solution is easy to see, implementing it is difficult.

Earlier this year, Beverly Robertson, the chamber’s chief executive, said she would organize a late-summer jobs summit among key Memphis workforce organizations, educators and nonprofits. Summit members would examine the skills shortage and how to end it.

Officials in the chamber, which has strived for a broad civic leadership role since 2014, point out the summit could advance Memphis in the same fashion as the 1979 Jobs Conference.

Despite the headway four decades ago, getting a battery of big organizations, each with its own agenda, aimed in the same direction is hard. That’s why the Greater Memphis Automobile Dealers Association two years ago funded its own auto mechanics school.

With a shortage of mechanics, pay for top technicians can surpass $75,000. Car dealers contend it was faster to engage the private Moore Tech than negotiate with Southwest Tennessee Community College to adopt the special high-tech curriculum the dealers wanted.

Kent, sitting in as a citizen, has observed meetings of GMAC’s parent, a city-county agency named the Economic Development Growth Engine for Memphis and Shelby County, or EDGE for short.
Last June, Kent summed up his thoughts in an opinion piece published by The Commercial Appeal. “The lack of urgency by our legislative leaders to take up the important work of economic development,” Kent wrote, “is as concerning as the poor trajectory of the Memphis economy itself.”

FedEx executive Richard Smith made the same point at the same time in a public barrage trained on the area’s sluggish economy.

Smith, as the chamber’s incoming chairman, shook up the status quo. Robertson’s workforce summit traces to this shakeup as does the new Memphis and Shelby County Regional Economic Alliance. It consists of local government leaders allied with EDGE, GMAC and the chamber to nurture small business, recruit new employers and upgrade worker training.

Some local officials shrug off Kent's views. He lost a bid on a local contract. Ever since he has spoken out hotly. His observations are worth hearing. Despite the shakeup induced by Smith, Kent figures Memphis leaders will take far too long to upgrade training. The problem, he said, is bridging the language barrier that separates employers and educators.

“SCS,” he said of Shelby County Schools, “can’t do what the community wants it to do because they don’t have the common language piece.”

Educators understand how to teach algebra, but not how to bring a student to a proper level as a machinist. Tools can bridge the divide. One is called Work Keys. If a plant manager needs machinists with a Level 4 talent on a lathe, Work Keys breaks down the skill set in a way educators understand what they must teach.

Five years into its tenure, GMAC is now assessing various tools, although Work Keys is in common use in the nation. Civic leaders in Tupelo relied on Work Keys to upgrade vocational education after Toyota picked northeast Mississippi in 2007 for its 1,900-employee Corolla assembly plant.

Presently, 8,000 people are Work Keys-certified in the Tupelo area. Weekly wages in Tupelo and Lee County averaged $740 last June, compared to $672 in the Memphis suburb of Southaven and DeSoto County.

“They’re always being told at SCS they don’t do a good enough job teaching the kids,’’ Kent said. “The same thing is being said in school systems all over the country. But we’re falling behind economically and they’re not (in these other cities). Until the chamber can tell the education community exactly what employers need, SCS doesn’t have a goal. Southwest Tennessee (Community College) doesn’t have a goal. They don’t have data from an authoritative source like GMAC or the chamber of commerce telling them exactly what the employers need.”

The same issue long stymied the medical device industry in Bartlett. In a recent months, there was a breakthrough.

Bartlett High agreed to classes for students headed for medical device industrial careers. Students can go on to a special vocational college offering free tuition. The Tennessee College for Applied Technology, a state-run vocational school known as TCAT, is building the medical device classes in Bartlett.

Aligning Bartlett High and TCAT didn’t come out of a few discussions. Device council members first talked over just what they hoped to do as a group. Then they sat in meeting after meeting with manufacturers, educators and state officials. Talks spanned nearly four years.

“The challenge we had was getting our arms around the industry and getting them to say this is what we need,’’ said John Threadgill, president of the Bartlett Chamber of Commerce, which helped form the device council. “They would never have come together if they did not realize they had a really big challenge in front of them creating and sustaining a pipeline of skilled workers.”

Early on, companies were reluctant to talk openly among rivals. Once they became comfortable and opened up, they listed jobs in short supply and the relevant skills. Then a new issue arose. Explaining the skill sets to educators drew stares. It was the same language barrier confounding Memphis.

“Having the right vocabulary is essential to making any progress,” said Grace Medical’s Prescott.
In Bartlett,  the medical device council touted NIMS, or National Institute for Metalworking Skills, a Work Keys-like program set up in 1995 by trade groups including the National Tooling & Machining Association. Educators feared it was costly. Medical device council members insisted the expense was worthwhile. NIMS is now at the heart of the system in Bartlett.

“Back when Firestone and International Harvester were running they brought a lot of blue-collar manufacturing jobs to the community and there was a constant pool of workers available,” Prescott said. "Then they closed, and we as a community lost interest in vocational training."
Now the workforce situation is finally being corrected — in Bartlett.